Saki Achiga Hen episode of side A (咲-Saki- 阿知賀編 episode of side-A) was a Japanese manga written by Ritz Kobayashi (Saki) and illustrated by Aguri Igarashi (Bamboo Blade). The manga was published by Square Enix and began regular serialization in Square Enix's Monthly Shōnen Gangan on August 12, 2011, with the last chapter being released on March 15, 2013. The manga was also completely published in six volumes that were released from March 2012 to August 2013.

The story of Saki Achiga Hen episode of side A takes place in the Nara prefecture. It centers around the small school of Achiga Girls' and their disbanded mahjong club. The main protagonists of the story attempt to restart the club in high school with the goal of going to the nationals in order to meet their old friend Nodoka Haramura.

Saki Achiga Hen episode of side A shares the same universe and timeline as Saki as well as some of its characters.

Shizuno is the main protagonist of the spinoff manga Saki Achiga Hen episode of side A. She is a surprisingly athletic girl and an elementary school friend of Nodoka's. She is the driving force in restarting the mahjong club and desires to have fun with her friends whilst doing so.

Ako is a friend of and in the same year as Shizuno. However, after going to a different middle school, she didn't speak to her until Shizuno called her to restart the Achiga mahjong club.

Harue is known as the legend of Achiga for her success in her high school days. She began teaching mahjong to the local children in hopes that she will find her love of the sport again. Harue was then scouted to play as a professional and she left the club.

Nodoka is one of the main protagonists of Saki and the main reason for Shizuno's desire to restart the Achiga mahjong club.

Yuu is Kuro's older sister and the fourth member to join the new mahjong club. When she was younger she wanted to join the others in the mahjong club but she felt it would be awkward because she was older.

Arata is the last member to join the new mahjong club and a huge admirer of Harue Akado. She used to play mahjong but stopped when Harue quit playing. 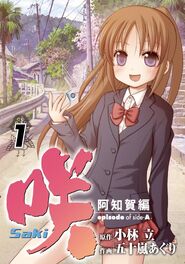 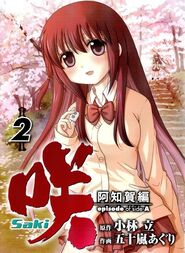 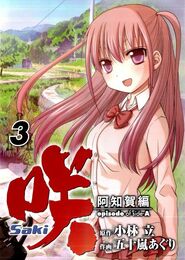 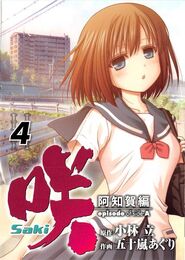 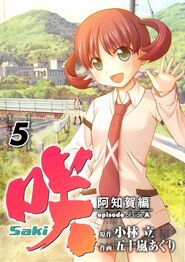 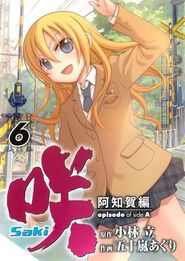 Volume 6
Add a photo to this gallery

Retrieved from "https://saki.fandom.com/wiki/Saki_Achiga-hen_episode_of_side-A_(manga)?oldid=14913"
Community content is available under CC-BY-SA unless otherwise noted.