Toki (怜-Toki-) is a Japanese manga spinoff written and illustrated by Mekimeki Oukoku with the original idea from Ritz Kobayashi. The spinoff was announced on March 25, 2016, and the proper title was revealed in issue 06/2016 of the the magazine Big Gangan from May 25, 2016. Ritz Kobayashi involvement was limited, she only gave general guidelines and some notes in advance and later checked the storyboards written by Mekimeki, but she didn't have to ask for a single correction.[1] All background choices, places, names and designs of new characters are made by Mekimeki.[2]

A prequel to the Achiga and Saki manga series based on the character Toki Onjouji and other girls from Osaka during their elementary and middle school days.

Protagonist of the story and titular character. A quiet girl who just wants to have a peaceful school life.

A popular girl who wants to be friends with Toki but doesn't want to be a "special" person to anyone.

Youko Nogami is a classmate of Ryuuka Shimizudani, Toki Onjouji as well as her friend Ayumi Shinji, and self-proclaimed best friend of Ryuuka.

Ayumi Shinji is a classmate of Ryuuka Shimizudani, Toki Onjouji as well as her friend Youko Nogami. 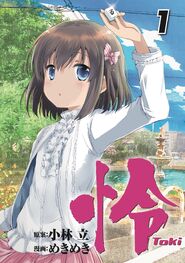 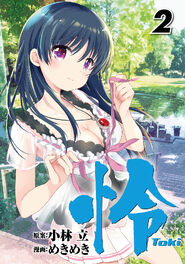 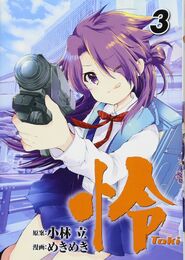 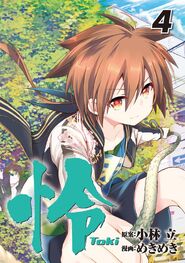 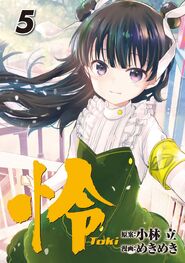 Volume 6
Add a photo to this gallery

Retrieved from "https://saki.fandom.com/wiki/Toki_(manga)?oldid=18600"
Community content is available under CC-BY-SA unless otherwise noted.